How can we help support you during the closure? CLICK HERE to let us know. 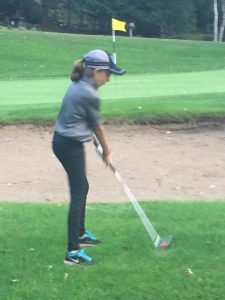 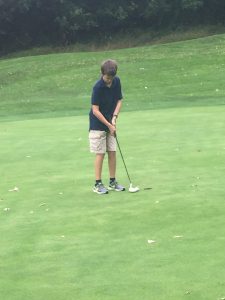 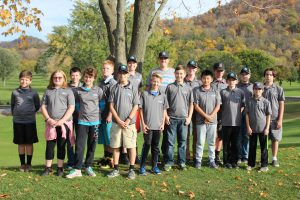 Bussing provided to Forest Hills for practice and to meet destinations.

MEET ON 10/2/17:  The La Crosse Middle School golf team took to the course again today in blustery, windy conditions.  The players had to fight their way through the wind on their way to complete competition.  The team was led by Lincoln 8th grader, Gabe Kattche, who fired his second consecutive 50.  Another Lincoln 8th grader, Aiden Hutschenreuter, shaved 10 strokes off his last meets score on his way to shooting an impressive 53.  Also, Natalie Schroeder continued her steady scoring with a 59.  Finally, Colter Borge completed his first ever golf meet.  He gave it his best effort and enjoyed himself while doing it.  The middle schoolers will look to keep the consistency going during their next meet at Tomah on Monday the 9th of September.

MEET ON 10/9/17:  On Monday, the LaCrosse Middle School golfers completed a meet held by Tomah at Hiawatha Golf Course.  The players completed on the full 9 holes just in time before the darkness set in.  The team was lead by Lincoln golfer, Devan Hsieh, who fired a season low 48.  Devan was able to overcome the length of the course and card two pars on the front nine at Hiawatha Golf Course.  The La crosse team score was rounded out with scores by David Eber, Casey Erickson, Vincent Kabat and Nero Turk.

MEET ON 10/12/17: The LaCrosse Middle School Golf Team completed the rescheduled, due to rain, Onalaska meet tonight.  The team came up a few strokes short of their opponent Onalaska, but they put up a resilient fight.  Devan Hsieh lead the Lincoln golfers with an impressive score of 49.   He carded two pars during his nine-hole score.  The team was also aided by Natalie Schroeder’s 58.  In addition, Nolan Heath’s, 63 contributed to the teams score.  Finally, Colter Borge improved 17 strokes on his previous round with an impressive 57.  Colter has now participated in two meets in his career, and he is definitely trending in the correct direction.  The middle schooler’s will compete in their final match of the season next Thursday the 19th at Drugan’s Castle Mound.

MEET ON 10/19/17: The La crosse Middle School golf program participated in its last meet of the year on Thursday, October 19th.  The squad took to the course at Drugan’s Castle Mound in a meet against Holmen and Tomah.  The La crosse team’s best five nine hole scores added up to be 271.  The team was led by Devan Hsieh, who scored a 53 on the front nine at Drugan’s.  He was followed closely by teammates Gabe Kattche and Aiden Hutschenreuter who scored 56 and 58 respectively.  Rounding out the top five, was Lincoln’s golfer Nolan Heath who shot an impressive 62.  In other exciting news, David Eber carded his first career par with a 3 on the ninth hole.  Overall, the La crosse team had a phenomenal fall golf season.  It was great to see so many golfers participate and grow so much this year.   It will be exciting to see this program only grow in the future!