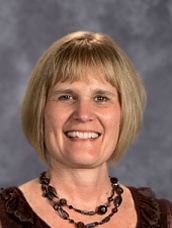 2. Quizlet – To Study & Test Yourself

My name is Rita Murphy, and I teach 7th and 8th grade German at Lincoln Middle School, and German I, II, III, IV,V at Logan High School. Every year, the Middle School students and I host an Oktoberfest, which has grown to 600 participants. Our Deutsch Klub is very active. We rotate every 2 years traveling to New Ulm, MN for a traditional German event called Fasching, and to Chicago for the authentic German Christmas market called Christkindlmarkt. I also promote the German programs at Logan High School and Central High School and have traveled abroad to Germany and Austria numerous times. Exploring the world and other cultures is very stimulating and exciting for me.

I received my BSE from Minot State University. During my education, I traveled and studied abroad in Germany and Austria for two summers.

Following my education, I taught FLEX and German Levels I, II, III, & IV for Minot Public Schools for the following five years and built a successful German program from the ground up. While teaching in Minot, I facilitated 2 exchange trips to Germany and Austria as well as created and implemented a city-wide Oktoberfest at the High School each year. During my last two years, I provided faculty development training sessions for the school district with another colleague.

I moved to La Crosse in 2002 and obtained my MEPD from UWL. Upon completion of my masters, I decided to settle here. I love the scenery, the landscape, and the people of the area.

I have worked for La Crosse School District for the past 16 years traveling among Lincoln Middle, Logan Middle, Logan High, and Central High schools. Building a solid German program is my goal. Teaching German and learning about the German language and culture is my passion.

I was born and raised in North Dakota, near Minot. I have four children, 2 boys & 2 girls, ranging in age from 35 to 40. Three of them live in North Dakota, and one lives in Minnesota. They are all married, happy, healthy, and working, so I feel very lucky.

Deutsch I – Semester I Final

Skyward Access
Canvas Students & Staff
Parents/Guardians
Student Life
School Documents
Staff Directory
Tech Support
Anonymous Tip Report
Activity Calendar
Staff Portal
Staff Login
We use cookies to ensure that we give you the best experience on our website. If you continue to use this site we will assume that you are happy with it.Accept