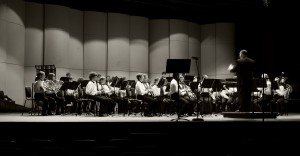 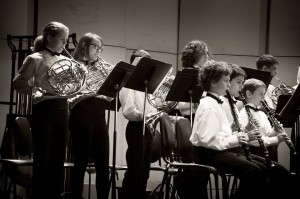 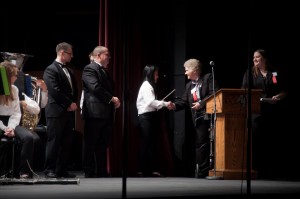 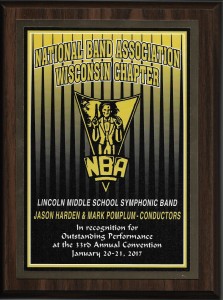 This special multi-grade band for advanced players was created to motivate students by providing an exciting opportunity to prepare and perform at Band Festivals each Spring. In the past this group has performed at the local La Crosse Area Music Festival Association (LAMFA) Concert Festival as well as the annual Kalahari Band Festival in the Wisconsin Dells. The Symphonic Band is about sacrifice and commitment. Students (as well as their teachers) have to commit and make some sacrifices to attend the handful of mandatory rehearsals. The result of these students’ hard work and commitment is a group that performs more difficult band literature with a more mature sound, while exhibiting a professional look and exemplary behavior.

Auditions for the Symphonic Band are held in early February.

“A big congratulations go out to our Symphonic Band for their wonderful performance at the National Band Association convention in Appleton last Friday. They not only represented our school, and our district well, they were the representative of middle school bands in Wisconsin. Great work everyone! We are very proud of you!”

On Friday April 24th, 2015, The Lincoln Middle School Symphonic Band performed at the annual Kalahari Band Festival in the Wisconsin Dells. This two day event featured 46 middle school bands from Illinois, Iowa, Minnesota, and Wisconsin. The band probably performed the most difficult literature of the whole festival. “Outstanding” and “Fantastic” were some of the words used by the adjudicators and festival manager to describe the performance. Dr. John Climer, Director of Bands and Professor of Music at UW-Milwaukee was the band clinician following the performance. He was very impressed with the musical maturity of our band and applauded us on our performance of Percy Grainger’s Shepherd’s Hey, as well as Harold Bennett’s Military Escort and Larry Clark’s arrangement of the Welsch folk song Suo Gan. Another adjudicator wrote that he loved our group’s professional look, stating that “people can hear what they see.” Mr. Harden and Mr. Pomplun are extremely proud of the Symphonic Band and the hard work of all of its members this season.